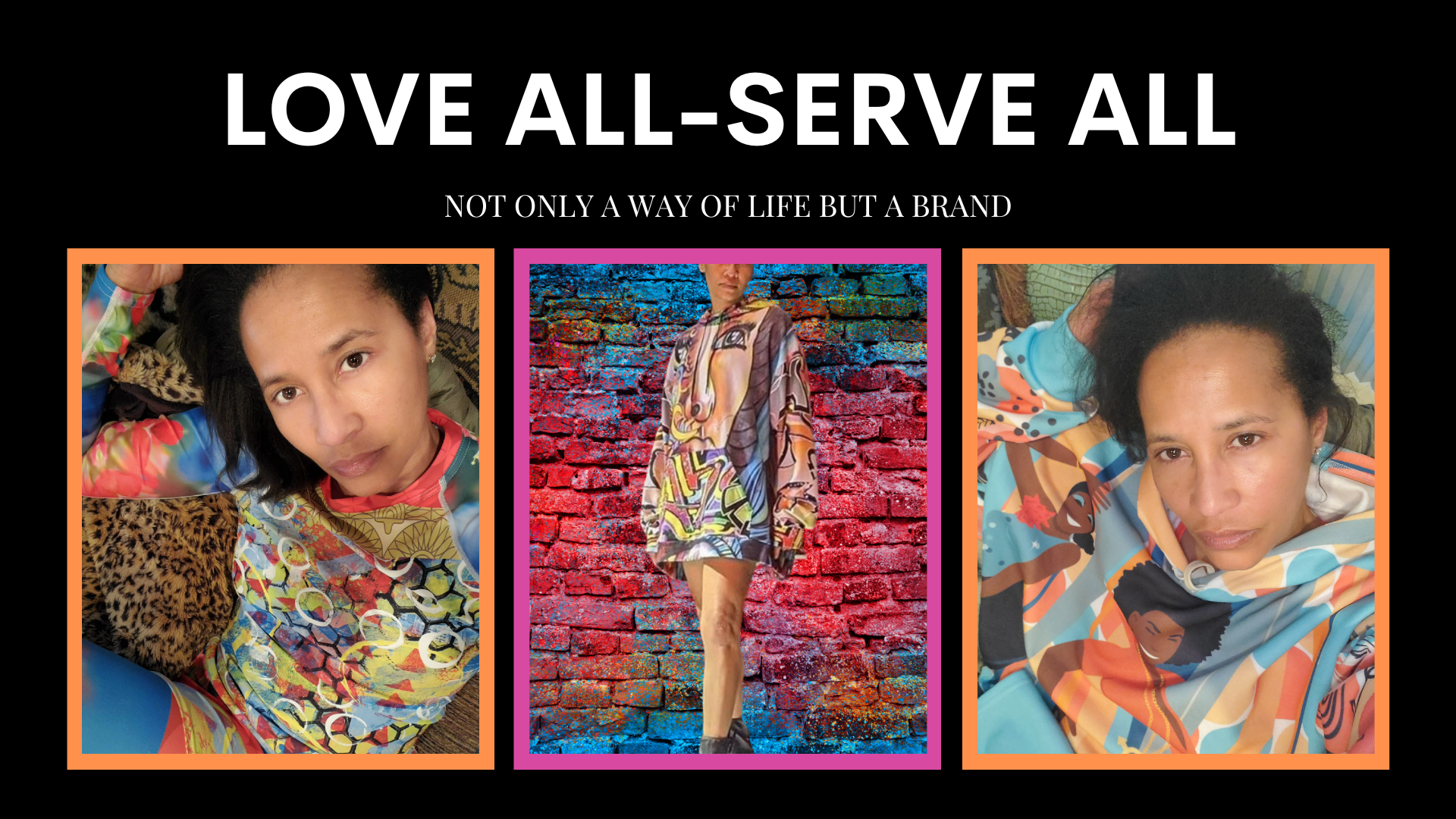 The Importance of SingleTree Lane
Singletree Lane is where I spent my formative years in a small town just outside San Diego. Spring Valley was a small community back then, known for its canyons, air of Americana (think American Graffiti), and proximity to San Diego proper and La Jolla. I grew up there in the '70s where we had a neighborhood arcade, 7-eleven, and drive thru dairy where you could pick up fresh butter and milk in glass bottles. We had a butcher shop were we would go once a month to pick up fresh cuts of meat. There was also an A&W Drive Thru where the waitresses arrived on skates carrying trays which hooked onto your side windows. Who wouldn't have loved growing up in this town?

I have fond memories growing up there and the house where I spent most of my time. It was a small, white, Mediterranean-style home with a koi pond out front and a big philodendron. We never managed to fill the pond or get it working, but it stayed there until the house was sold in the '80s while I was in college.

That town made quite an impression on me, as did the friends I made there from third thru seventh grade before moving to Virginia for 8th grade and high school. My best friends in Spring Valley were Lori, Heather, and Kari. We were all in the same grade; they were all ethnically White but never made me feel different for it. Lori, Heather, and I played soccer for AYSO together.

Such innocent and beautiful times back then but they were marred by racism. Historical reference is necessary and something I came to understand only in my late 40s. Historians will certainly know but few others. We have to remember much of California was still segregated well into the '70s; most people aren't aware of that. It was something I was even blind to growing up, but as an adult I have since learned the history. It opened my eyes to so much of what I encountered, save the few white friends I had as there were no other black people on my street and only a handful at any school I attended. Now, looking back, I understand some of what I went through back then but with better comprehension and compassion.

You could say my love of fashion and style started at birth, but my earliest memories about the importance of clothes and shoes in my life were in the '70s while I was in elementary school. I got my first fur coat when I was in fourth grade from my favorite catalog company of the time, Spiegel. I was the only girl in my entire school who sported a rabbit fur bomber. Rabbit was all the rage at the time. I also collected a rainbow of Dittos jeans, which were super popular in the schools I attended. I began collecting designer denim at the same time. At one point, I had accumulated seven pairs of boots and added more than a dozen pairs of jeans to my collection…all before the age of ten. Nothing came between me and my Calvins... except Vidal Sassoon, Jordache, Sergio Valente, and Gloria Vanderbilt.

Additional brands I would covet the most were the United Colors of Benetton and Esprit de Corps. My style has always been more international than American and that definitely has not changed. Blame it on Elsa Klensch, the former host of CNN's Style with Elsa Klensch, a weekly fashion and design television program. I watched her every Saturday morning throughout the 1980s. What child watches CNN, you ask? I did and sometimes all day. On Sundays, I waited impatiently for the newspaper delivery of The New York Times and its coveted style and fashion insert. I have yet to meet anyone else who obsessed about Elsa Klensch or NYT Style quite like I did. They were my guilty pleasures most did not and still do not know about.The Present

As a child, my family moved around a lot (six times). I attended two different elementary schools and traversed the country a few times. As an adult, that became a hard habit to break. I had become so accustomed to that lifestyle I would get bored living in one location for more than a few years. I racked up an additional four locations between my 20s and 30s.

I grew up an athlete, and played soccer for seven years in Southern California. I also briefly ran track but was good at sports in general…from softball to kickball, I was usually picked first for teams at recess. I was good at sports due to my natural athleticism and speed. In soccer, I could play all positions including fullback because I could run the entire field and score and get back into position to defend the goal. In addition to sports, I was also a Brownie and Girl Scout in elementary school.

What I know of my ethnic background relies not only on oral history but what was later confirmed via DNA testing and the hiring of a genealogist when I was in my thirties. My maternal grandmother was a mixture of black on her father's side and German-Irish on her mother's. I grew up knowing I was a mixture of black, Native American, French, Jewish (on my paternal grandmother's side), German and Irish. My Italian roots were later discovered via the use of a genealogist who was able to trace our ancestral link to a Roman Senator. My French roots can be traced to royalty in who fled France and later settled in Canada. East Indian, Southeast Asian, and Scandinavian were discovered via a DNA profile roughly ten years ago.

All of this is interesting to note because elements of all of these flavors are exemplified in my clothing choices but especially in the clothing I design and the art I am drawn to. It made sense to me to learn of my Indian and Southeast Asian roots, as I've always appreciated and collected items of the Far East and have an entire hallway in my home I call the Asian Art wing that displays replicas of antique pieces in the form of plaster impressions. In addition, I've practiced energy healing, meditation, and the use of crystals for healing (for almost 15 years). I have even incorporated healing elements found in Native American and Asian cultures, including the use of herbal medicine, chants, incense, ceremonial fans and oils.

The Art of Reinvention

As a lifelong learner, I have had many lives. For me, it is important to always be learning something, adding to my skillset, and improving myself. Learning keeps the mind elastic (and young) and allows you to pursue your interests and figure out who you are as a person. This love of learning is something I have passed on to my children in addition to encouraging them to challenge themselves.

I have worn many hats and learned many things over my lifespan…all in the pursuit of my interests and curiosity and expanding who I am as a person. In college, in addition to business courses, I studied three languages: French, Russian, and Italian; and received a Bachelor of Science from Penn State University. My early years, post college, were spent as an Executive Assistant supporting C-level execs. From a brief stint at a GE Capital subsidiary in San Francisco, I went on to become a Corporate Trainer for a venture capital firm and later a healthcare software company. Within a few years, I would become a contract training consultant in the high tech industry and worked for several Fortune 100 firms. I first worked as a classroom trainer before becoming an instructional designer of course materials and web-based learning; I was good at it and spent seven years in the field. See more...

I am a closet tech geek and have been so for the greater part of my life. I love new tech: reading about it and seeing what people are working on. Indiegogo, an app for supporting tech campaigns, became a really close friend. I was so obsessed I was constantly contributing to companies in the hopes I might actually receive the product. Most of the time I did but sometimes I didn't. I eventually deleted the app to deter my expenditures. Tech investment can be both expensive and addictive.

As part of my interest and growth in tech, I actually pitched a healthcare app at a Stanford Children's Hospital event in October of 2022. My pitch didn't win, but the idea is an amazing and much needed product. I will continue to pitch it more formally to others in the hopes someone will eventually finance it. It's a game-changer for sure.

Jennifer Helene, talks with Anita Davenport of WhimzyTees. Whimzy Tees is an eCommerce store that launched in 2018. They specialize in made-to-order clothing. As an added bonus, all products are designed in the U.S. and 99.9% of these items are made in and shipped from North America.

An interview with Anita Davenport who owns an E-Commerce business, Whimzy Tees. She discusses how she built her business the mission of her business. https://www.buzzsprout.com/1862605/9953171